I've been so inspired reading about Chris Nease's work with Operation Shower on her blog, that I had to call her up personally to talk to her about it. Chris is the creative mind behind Celebrations at Home, one of my must-read party and entertainment blogs.

Operation Shower is a nonprofit organization that throws baby showers for pregnant or expecting military families. Chris has helped coordinate two showers for them in the DC area along with Amy Belle Isle from Stem Parties, who is Chief Event Organizer. The latest shower was held in October at the Walter Reed Army Medical Center and boy did they do a great job!

The theme was "A Star is Born," and looked just like a movie premiere with a red carpet, velvet ropes, popcorn, and movie posters. 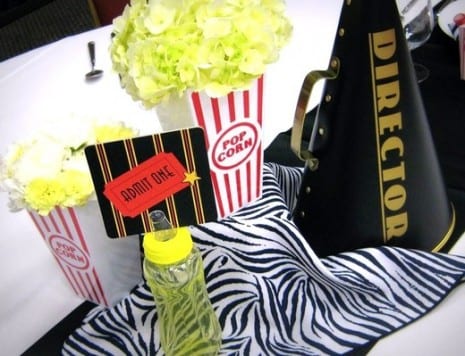 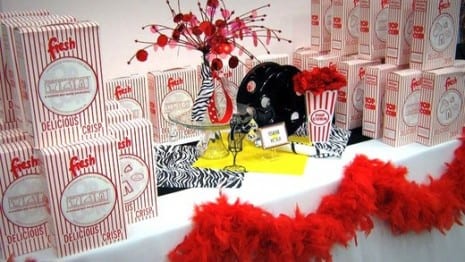 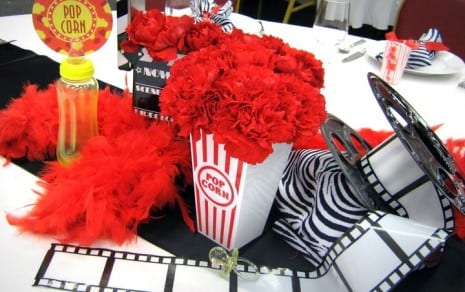 There were about 40 expecting moms (either wives of military men or women serving in the military themselves).  With K-mart as the national sponsor, and a host of local sponsors, these women went home with loads of much needed baby gear.

I asked Chris what the most satisfying thing was about working on the shower.  She said she was blown away by how appreciative the mothers were. When the mothers walked in they were each handed a goodie bag. Many thought this was their gift, only to be shocked and overwhelmed by the cribs, car seats, high chairs and other huge items to come. I also asked Chris what the most surprising thing was about working on the showers. She said it's amazing how much fun it is to give back, especially when you're doing it in a field you love. 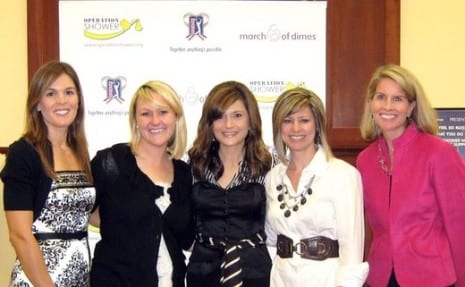 There's Chris second from the right

Currently Operation Shower is running it's Operation Give Thanks fundraising campaign to help Operation Shower continue their mission to throw baby showers for military families.  They are asking people across the nation to host a party, big or small, between now and the end of the year to raise money for Operation Shower.

Their long-term goal is to reach every military base in the nation. Their short-term goal is to raise $50,000 through Operation Give Thanks to enable them to shower over 200 more moms-to-be !

To learn more about how you can help, please check out the  Operation Shower website. Also check out Chris's gorgeous parties on our site.