Circus and carnival parties are such an exciting theme for kids and really popular with boys and girls alike. That's why we offer these free circus carnival party printables to help you celebrate easily!

Circus party games are a must-have at your circus and carnival parties, so we've rounded up the 11 best circus games. Now you can offer your guests a party they won't forget anytime soon! 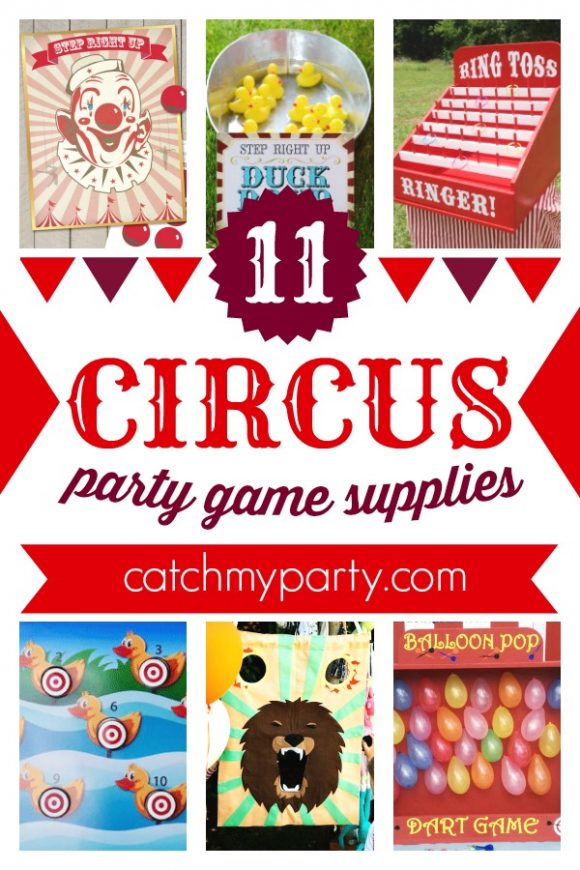 You'll find great circus and carnival themed party games such as a balloon dart game, a ring toss, a beanbag toss, and many many more. Enjoy!

Want to See the 10 Best Circus Games for Your Awesome Party?

Set the scene for your circus party games by putting up these wonderful tented game booths in your designated party space. Here's you'll get the plans on how to do it. 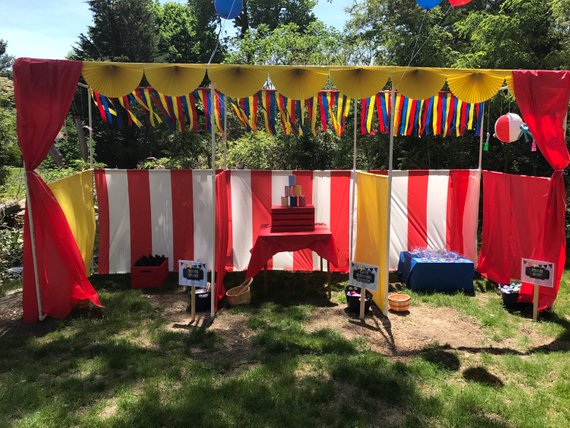 Start off your circus party with a bang! Balloon darts are a fun circus theme party game that requires some skill.

Each player must  aim and throw darts at a board full of colorful inflated balloons. Prizes are handed out depending on the number of successful hits! 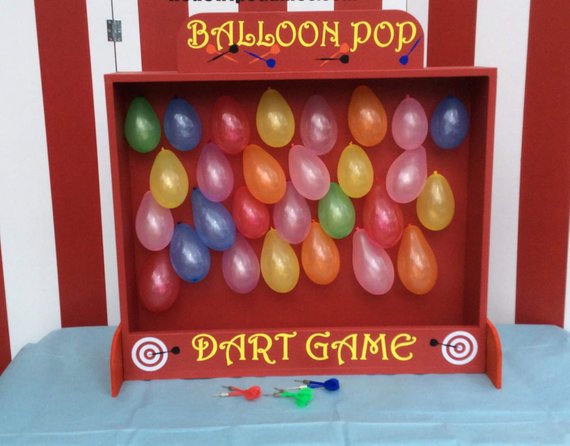 The player must aim at the pegs and toss rings at them. The more pegs they land on the better the prize!

You can't have a circus party and not have a duck hunt target shoot game!

Print out this template and place it on a board. Each player has to hit as many ducks as they can, with either a nerf gun or some darts, to win a prize.

Each player must throw a bean bag at a large picture of a circus lion and aim for the holes. To win a prize they must be able to get them through. 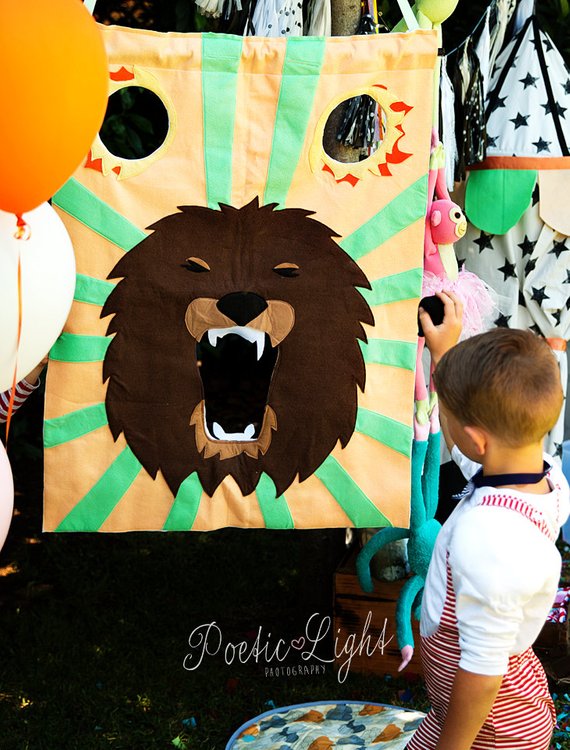 Everyone loves a spin the wheel game!

To play, place numbers on the wheel. Have each player guess which number the wheel will land on. If the number they've chosen isn't called, then that number of candy pieces goes into a bucket of candy. Each player has a go until it lands on a player's number and they win the candy loot. 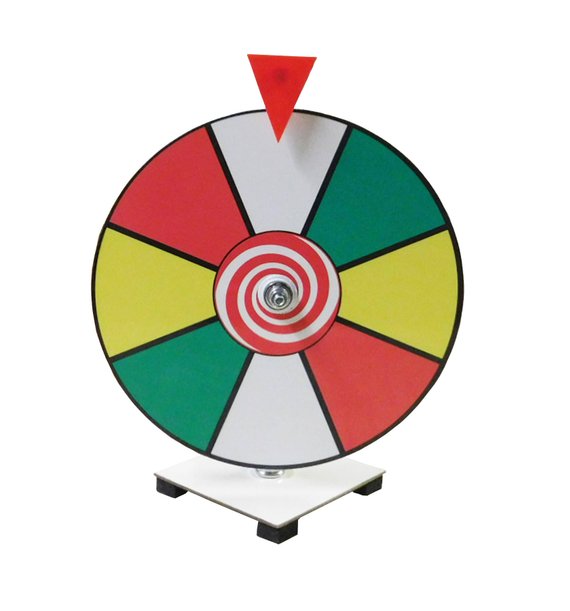 Tin can alley is such an easy party game to set up and so much fun to play!

Stack these cans in a pyramid on top of a barrel and have each player throw one to three beanbags at them. They need to knock down all or just a few cans to win a prize. 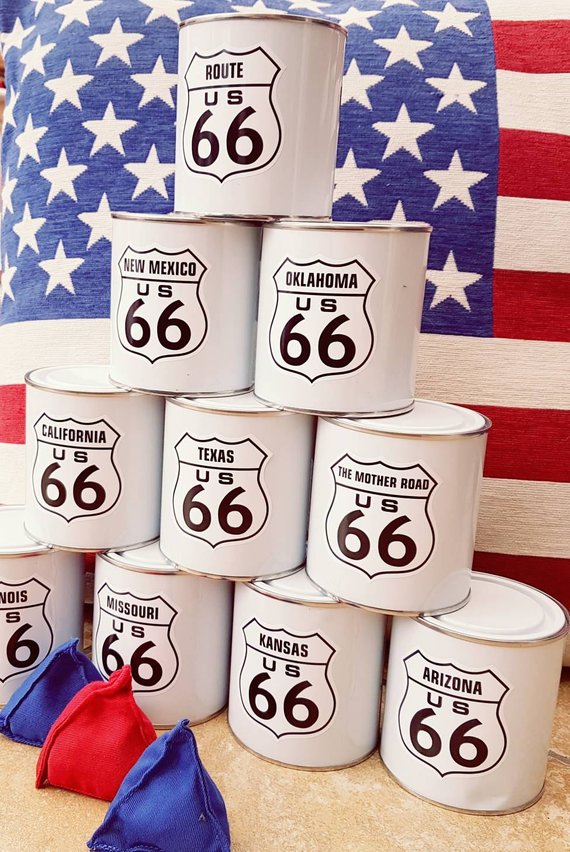 Who doesn't enjoy a great go at bowling?!

Set your pins and use a rubber ball to knock them down. Players win prizes depending on the number of pins they hit. 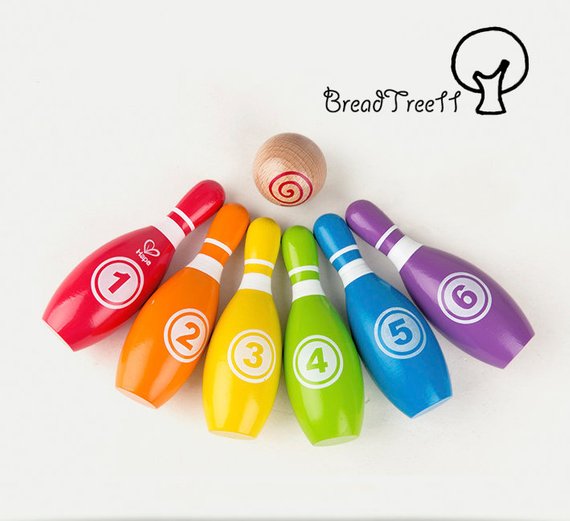 Pin the Nose on the Clown

Pin the nose is such a fun circus game that is also really easy to set up.

Tape the clown poster to the wall and place sticky tape on the back of each nose. Blindfold the player and spin them around a few times before pointing them in the direction of the poster. You'll have a blast watching them try to stick each nose in the right place. The closest player wins! 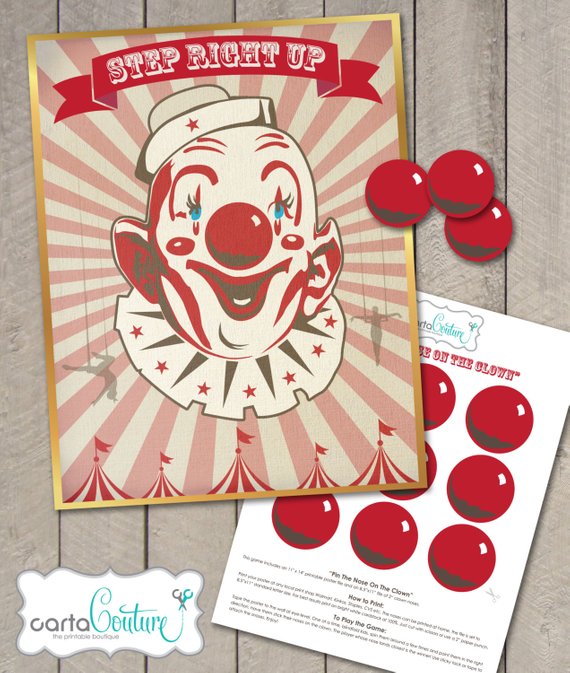 Kids love to pinatas and they make an awesome circus party decoration.

There's nothing more exciting then smashing one to bits with a bat, and running around trying to catch as much candy as you can as it falls from the sky. 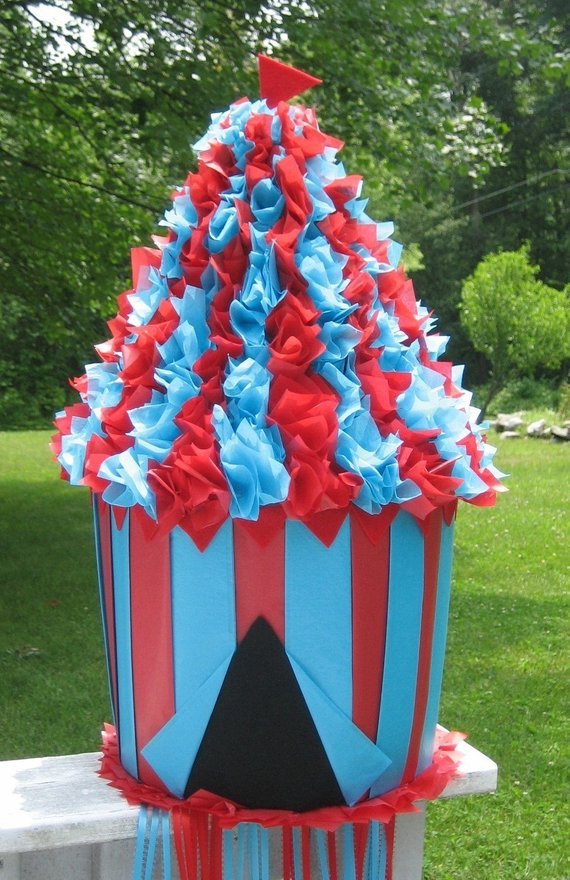 Give your circus themed party an authentic feel by decorating each circus game with a beautifully designed vintage-looking signs.

Simply place them at each game booth so your guests know what games are available. 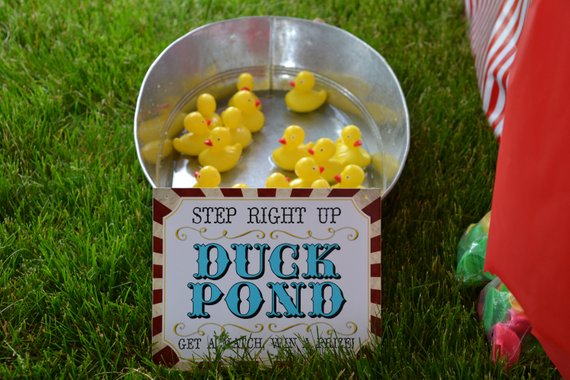 For more inspiration, check out all the stunning circus/carnival parties on our site, and check out these circus/ carnival party supplies from vendors with listings on Catch My Party!

**Some of these links may be affiliate.