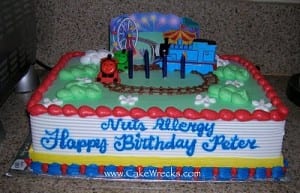 I love Cake Wrecks.  It says on their blog, "When professional cakes go horribly, hilariously wrong."  And boy do they...

Here are some of my favorite cake disasters: 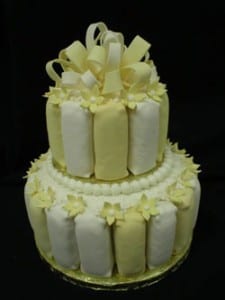 I consider myself a mild foodie, I shop at the farmer's market almost weekly, and I go out of my way to avoid trans fats.

However, my husband and I were recently in North Carolina visiting family and we went to a local Walmart, walked down the snack aisle and couldn't resist the Hostess Cupcakes.  I probably hadn't had one in twenty years.  But I have to admit, it was pretty darn tasty.  That's why when I saw these pictures I had to post them. 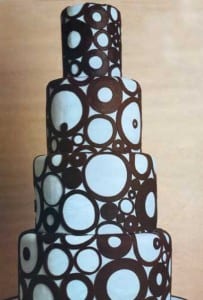 This is a brilliant cost-saving idea.  Let's say you're throwing a party and want one of those beautiful designer cakes but don't want to spend the money, what do you do?  Buy a fake cake instead.

The fake cakes are covered in fondant, which is what cake designers use, but underneath it, pure Styrofoam.  And the idea is this... At your party, everyone gets to marvel at your beautiful cake, but then when it's time to eat it, it gets taken to the kitchen to be "cut" and instead you serve a much less expensive sheet cake in the same colors in it's place.