We are huge Duff Goldman fans at our house. We've been watching Ace of Cakes on the Food Network for years. 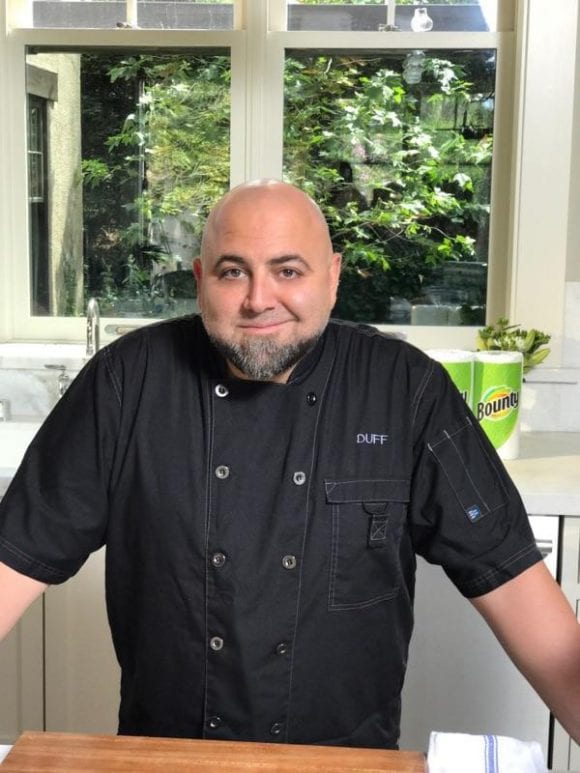 So when Bounty teamed up with Duff for National Chocolate Chip Day, and asked me to interview him, I jumped at the chance.

Duff was a delight. He's just like he seems on TV -- down-to-earth, funny, and irreverent.

When I told him my ten-year-old daughter is a huge fan, he laughed and said that when he started out he was just this foul-mouthed punk, but now he's a huge hit with kids and he loves it! 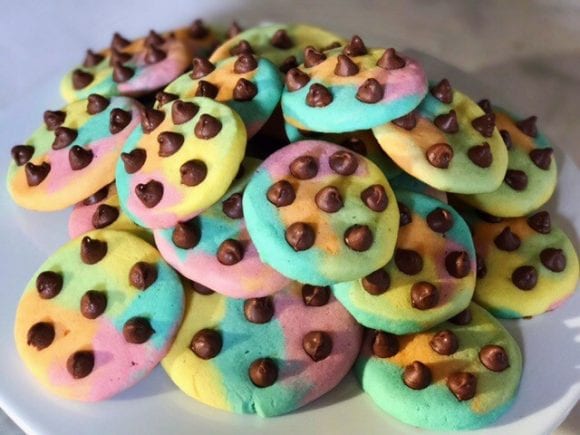 I asked Duff about his inspiration. He said it was two things...

Rainbows, unicorns, and tie-dye are so hot right now, it felt very current.

Plus, he wanted to make a chocolate chip cookie recipe that kids could get their hands in because kids love to touch stuff.

Traditional chocolate chip cookie recipes are wet and sticky. But this dough is more like a sugar cookie dough. It's easy to color, mold, cut into shapes, and play with.

And when you twist the colors together, you never know what you're going to get. It's full of surprises!

Why he likes working with kids...

He finds them inspiring. He says they're so smart and creative, and is continually amazed by what they come up with. He says his secret is to talk to them like they're adults.

His favorite challenge on the Kids Baking Championship is the "Dessert Imposter Challenge." This is where the kids make desserts that look like savory dishes.

Some of his favorite dishes in past seasons have been dessert fried chicken, dessert sushi, and dessert spaghetti and meatballs. He loves how imaginative the kids are.

He said his goal as a judge is to be 100% honest and 100% kind. He sees other judges on food shows and thinks they can sometimes be mean. He wants to laugh along with the contestants, and share how everyone (including him) messes up and makes mistakes. That's just part of life.

Why he likes working with Bounty...

He likes getting dirty when he bakes, and nothing helps him clean up better than Bounty.

He loves that Bounty is strong, super absorbent, and can be used in so many different ways. For example:

Advice for kids who want to grow up to be baking stars...

Focus on your skills! Get really, really good at baking. Fame is just a byproduct of being excellent, so spend the time learning and practicing.

The one skill he thinks all kids need to master to become successful bakers is measuring!

Learning fractions, learning to double recipes -- those skills are indispensable. He says he uses math every day and recommends kids learn it, too. When you bake, numbers aren't abstract, they're a physical thing and they're super important! (I couldn't agree more.)

Thanks Duff, for the interview. My daughter now thinks I'm a rock star because I got to interview you. 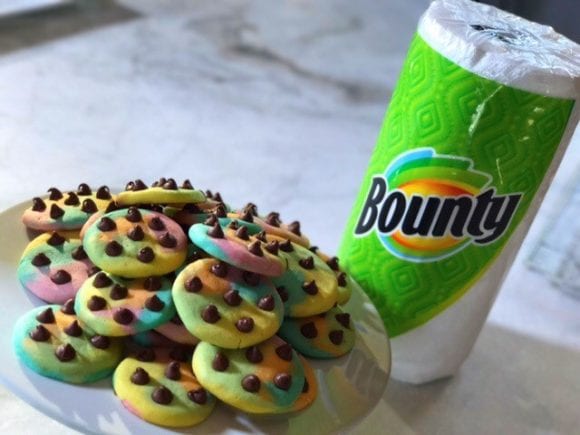 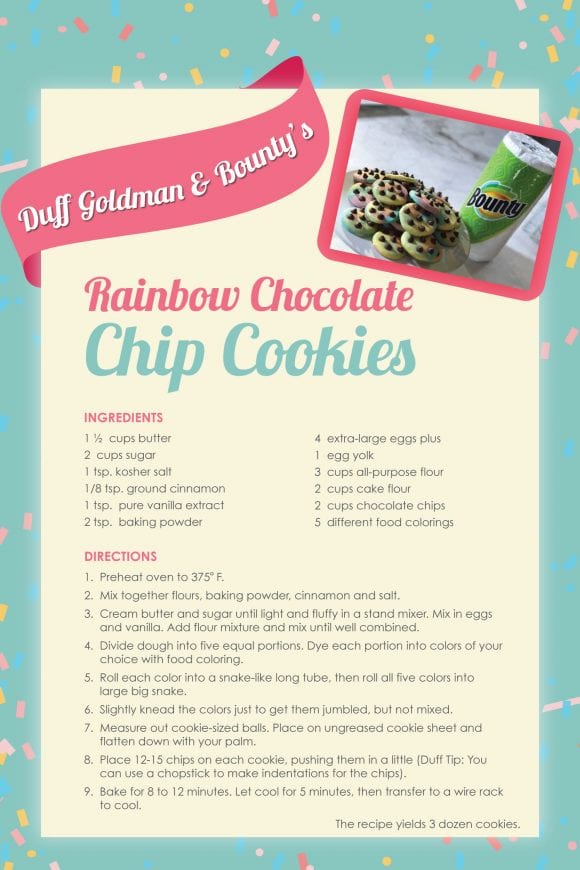 If you love Bounty, click here to get great Bounty coupons and offers.

This post was sponsored by Bounty but all opinions and ideas are mine. And yes, we use Bounty in our house every day! #QuickerPickerUpper