This weekend I went to the Maker Faire in San Mateo, California and it was awesome!  As a maker myself, I was totally inspired. It's a combination of DIY, technology, and crafting.

There are Maker Faires all over the US and all over the world. Since many of you are makers yourselves, I recommend one.

Here's an Ultimaker 3D printer printing a plastic bowl. When the prices drop, I am definitely getting one. 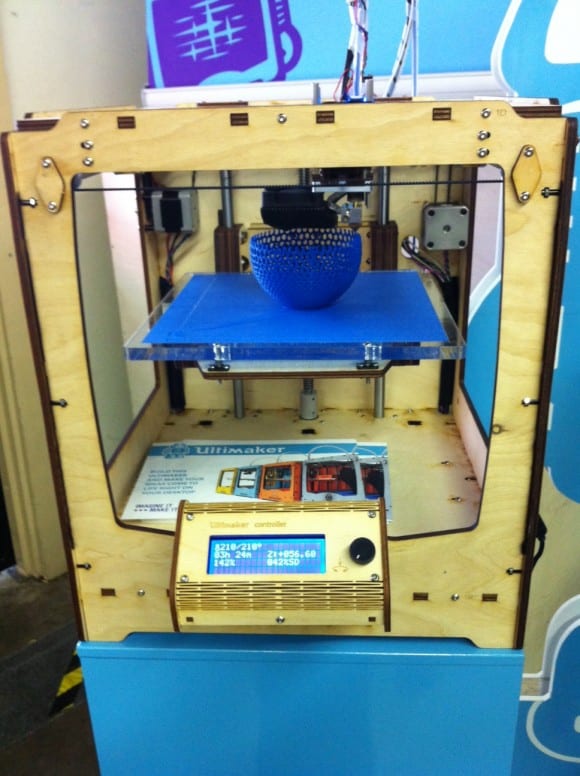 Instead of origami, this display was made of tape, hence the name "tapigami." 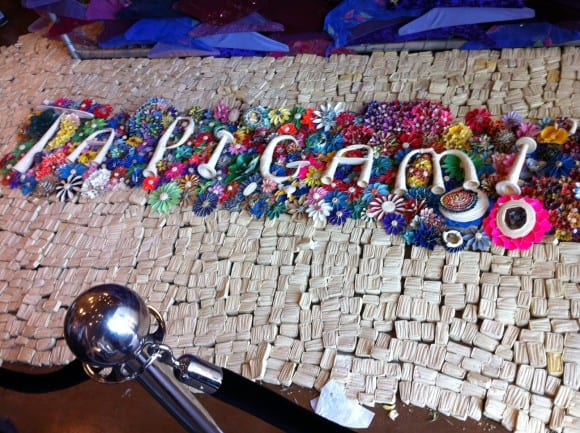 A car with animatronic fish and lobsters that dance when the car stereo blasts. 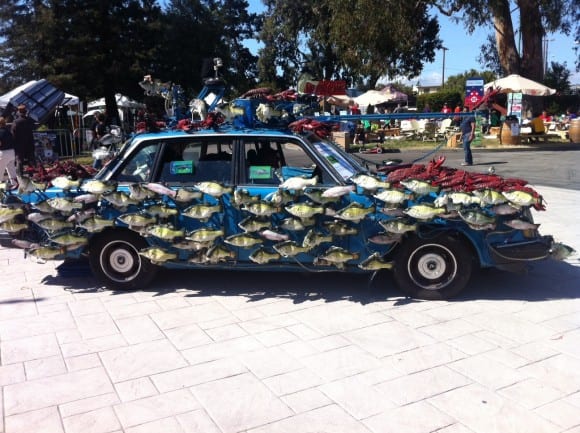 An aircraft carrier built completely out of Legos. 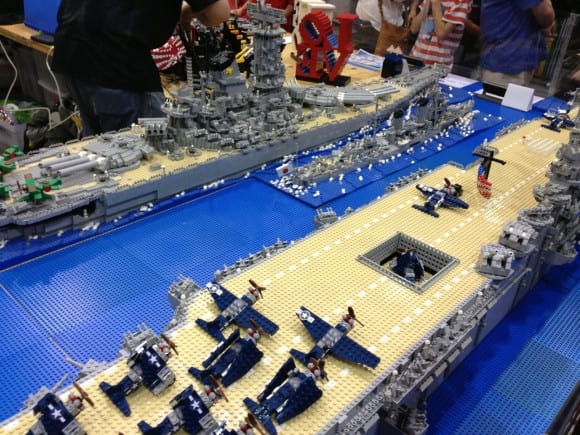 An entire floor full of Legos for kids to build. 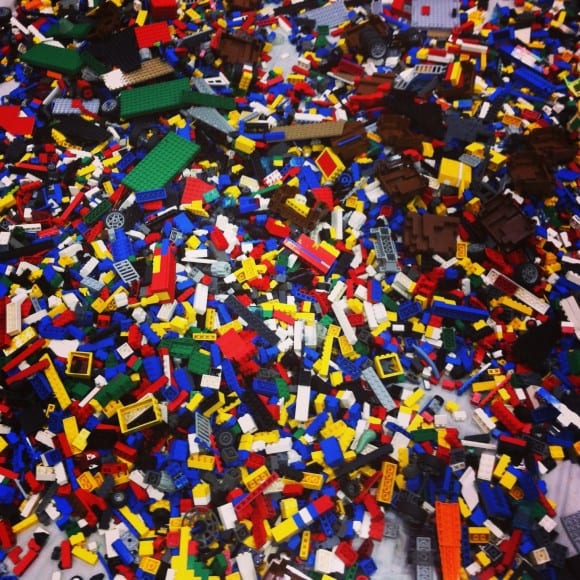 A Kickstarter funded company called Roominate, started by two women engineers at Stanford, to inspire girls to build their own dollhouses. My daughter has one and loves it! 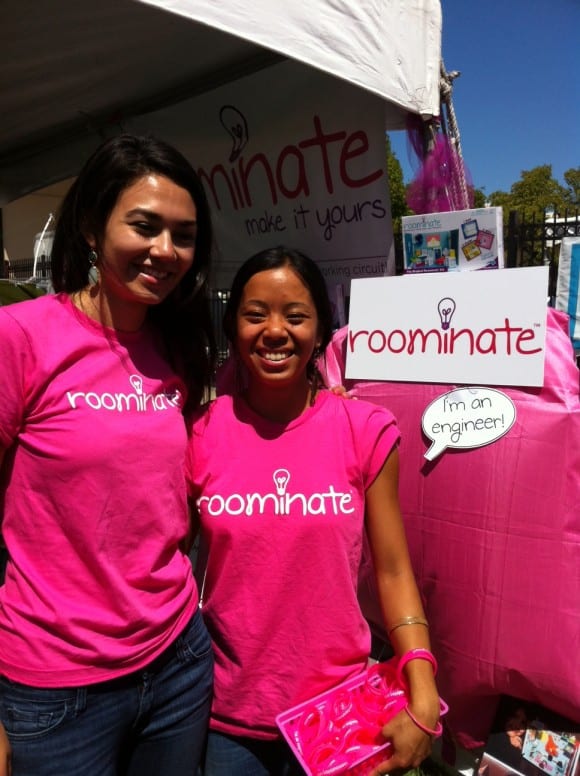 Another Kickstarter funded company called Goldie Blox, also started by a female Stanford engineer, to teach girls about engineering. We bought the game at Maker Faire for my daughter, but they will be in Toys R Us soon. 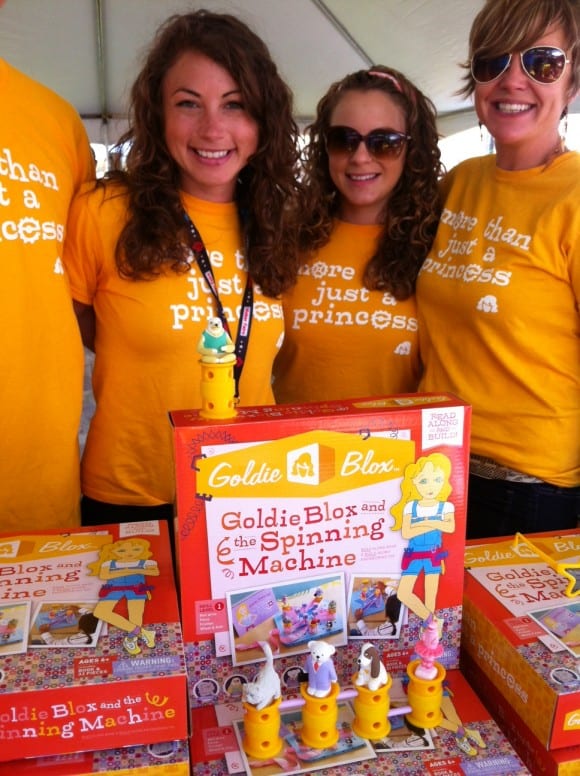 Foam interlocking shapes to build stuff with from a company called Itsphun. We bought the starter pack and now they are all over our living room in lots of crazy shapes and combinations. 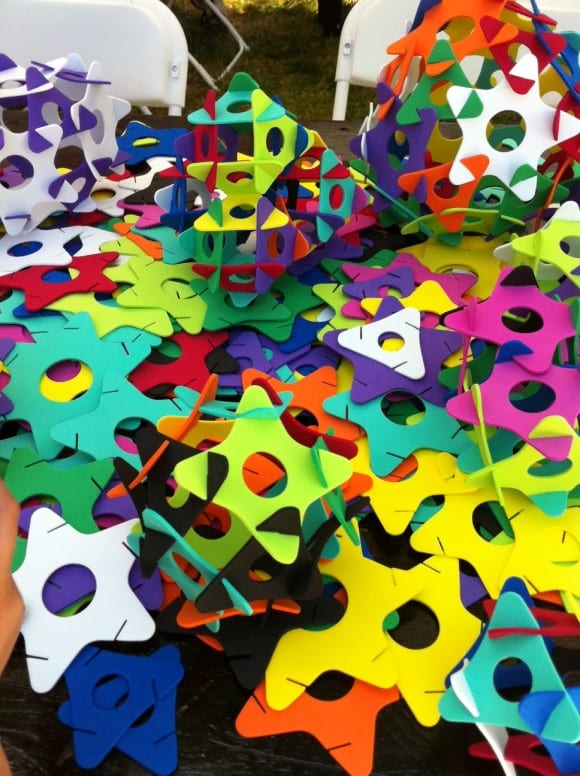 I heard Brit Morin from Brit+Co speak about what inspired her to start her company. An artist was right by the stage, drawing an image of her speech. 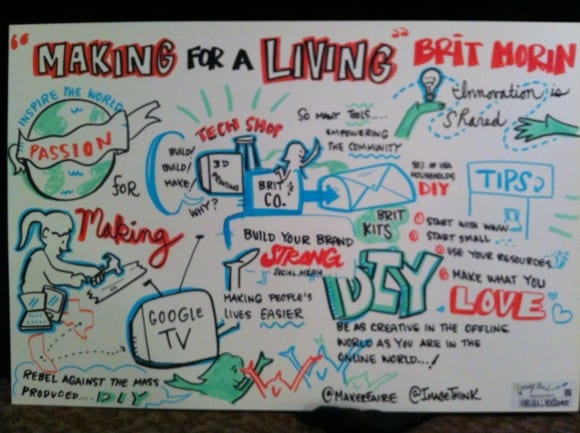 And here she is... I wish I had a photo of her shoes because they were fantastic. 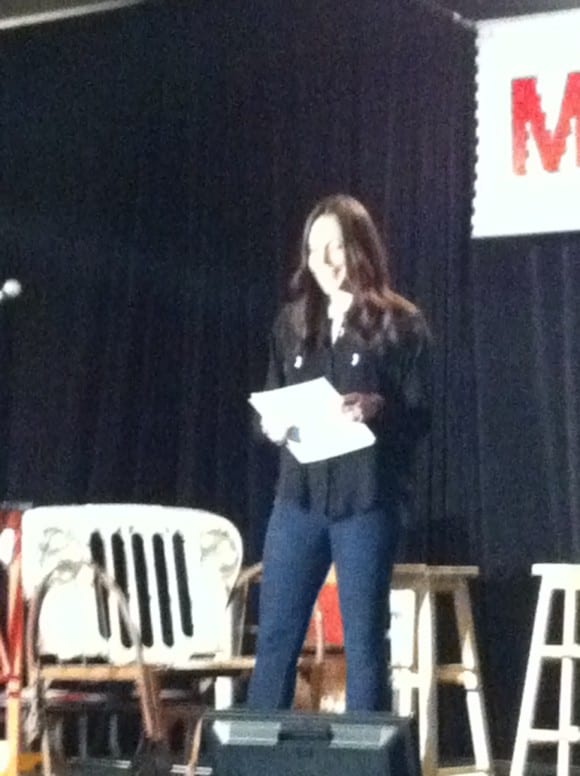 And here's my little maker (who believes she can make anything) building a structure with wood. 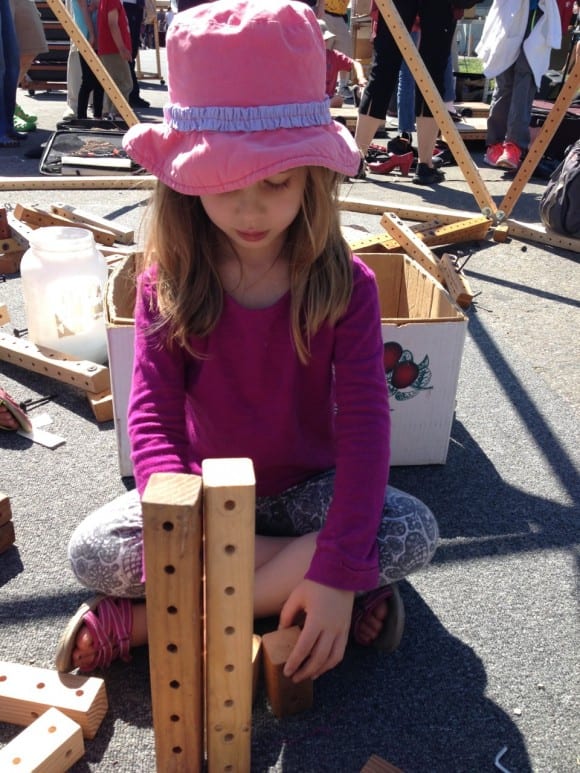